It was a bright Sunday afternoon. I had stopped by at a KFC restaurant for a small mid day snack but ended up getting more than what I bargained for. Shortly after I arrived a family arrived and took a table just by me. They proceeded to have lunch and in between their meal I saw the mother try to hand the oldest a 200 naira note and ask her to go get another drink but before the money could change hands properly, the youngest son grabbed it from his mother and refused to let go. All pleas to get him to let go of the money fell on deaf ears - he just held on tightly with his little fingers while his mother tried to retrieve her money from her little boy. 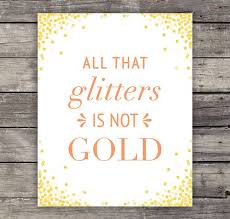 By now, everyone on their table was running out of patience with the little boy and his mother finally decided to forcefully pry the money out of his hands. This didn't go down so well with him, and he began to do what all little children his age do in situations like this. It started with little sobs and grew into full blown crying when he felt he wasn't getting the needed response. You can guess that at this time I wasn't concentrating much on my meal anymore (amebo mode activated). A second round of begging had begun now as the little boy's cries was beginning to garner he and his family quite a bit of attention from surrounding tables. In a bit to keep him quiet and not cause a scene, his mother reaches into her bag and pulls out a shiny, brand new 10 naira note, and hands this to her son. "Have this instead", she says. "See, it's newer and more shiny". This seemed to do the trick as the little boy's tears died up instantly and he refocused his attention on his unfinished meal.

I stared in disbelief at the mother and her child wondering what term to give to the scene I just witnessed some moments ago. Do I call it deception on the part of the mother or just myopia' on the part of her child. I left shortly after finishing my meal and thought long and hard about those words: "Here, have this instead. It's newer and it's more shiny". I tried to think of how many times I was that little boy, being short-changed and giving up real substance for glitters. Oh! How I regretted those times. But then, I blamed myself for not being mature enough to distinguish between substance. Reading this, you also might recollect times in the past when you caught the glitter bug and unknowingly exchanged something you should have held on to with something else of very little worth. You probably regret it and wish you had someone to blame - "I only trusted what he/she said. Is it now a crime to trust...?" No, it isn't and while I symphatize with you just like I did with the little boy in the story I must point out that it's also not a crime to ask reasonable questions - even of those we love. It also isn't a crime to weigh options carefully even when the one offering is a trusted friend or family member. 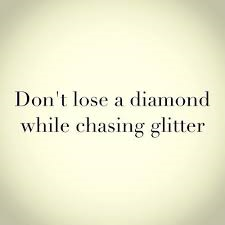 Lastly, if we were to carefully review our state of mind while making those choices we end up regretting in the future, we will most likely discover that at the heart of wanting something newer and more shiny is the age-old desire: greed. It caused the fall of man and ever since then it has caused the fall of more men (and women alike). So what's the solution, you ask? Contentment! Contentment and a great deal of discernment. Sometimes what we really need isn't something newer or more shiny. Sometimes all we need is the maturity to discern between gold and mere glitters, and the courage to respond to an offers of glitters with a "No, thank you". (You can add an "I'm touched by your generosity but I think I'll hold on to what I have for now" for a little effect).

Towards a better humanity,
Diazno
.