One pleasant Sunday morning, I was heading to church in Surulere, with dad in the car (yeah, it's a car story again). I was feeling very calm and in my 'church mood'. That morning, I was seeking to do good to some random person, just for the fun of doing it. So as we drove to church, I was presented with the perfect opportunity to do so. We got to one of the numerous roundabouts on the Lekki-Epe Expressway (I believe there are 10 of them), just about the same time another car was completing their turn at the roundabout. Now, as a "Lagos Driver", the expected course of action is to speed up and 'chance' the other driver (then probably give that smug "I'm a sharp guy" look) even though traffic laws clearly state that vehicles at the roundabout have the right of way. But not that day, (I'm not confessing that I do it on other days o!) because on that day, I had decided to drop the 'sharp guy' image and be the 'nice guy', (which I actually am). So I do the unthinkable - I stop to let the other car go first! 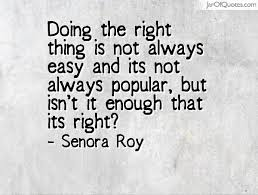 "WHAT??? How could you do such a thing??? This is Lagos, people don't stop to let others go first."

I'm sure the driver of the other car had similar thoughts because strangely enough, he/she didn't move an inch. Not even after I brought the car to a complete halt so they would know I was indeed stopping for them. In order to avoid  having a mini Mexican Standoff,  (or should I say Lagos standoff) I motion to them, urging them foward. Only then did then move, after which I carried on behind them. Now this isn't a story about how much of a nice guy I am (even though I am one). I probably wouldn't remember the story if not for the very unusual response of the other driver. My first thought after they refused to move when I had given them right of way, was a very Nigerian "Move now!!! I'm running late for church", because I really couldn't understand why they didn't jump at the offer. Much more when it's their right.

There and then it dawned on me. They probably know that they have right of way at the roundabout but have come to relinquish that right because by habitual actions, other drivers have taught them to.

This lifestyle, the "I-Can-Do-Whatever-I-Want-Even-When-I-Know-It's-Wrong-Because-There's-No-One-Around-To-Stop-Me" lifestyle, I believe is the reason there is so much evil in the world today. The evil we face today didn't just start with people detonating bombs or raping helpless women or even abducting defenseless kids. No, it started with little acts of defiance here and there - people refusing to do what is right simply because it's the right thing to do. Now, it has blossomed into the menace we face in society today. Writing this, all I long for, is for a time when people would do the right thing not because some reward is promised them for doing so or because some punishment awaits them for defaulting, but because it's the right thing to do. I wish our children would be taught to act right; that our young ones would be courageous enough to stick to what they know is right, even in the face of immense peer pressure trying to get them to do the opposite. That our fathers and mothers, and leaders in society would not lead the young ones coming up behind them astray by wrong deeds born out of selfish motives. Then, and then only, could we all truly be happy and content. 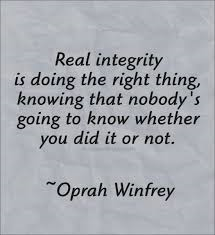 A wise man once said,

and I agree with him on that. I also think that it's very interesting that I learned this lesson at a roundabout because indeed,

"What goes around, comes around"


Towards a better humanity,
Diazno
Posted by Diazno at 2:42 AM