Hi, glad you're reading this because it's the finale!!!! In my last three posts, we've talked about the need to look forward, avoid distractions and deal with obstacles in out way. All this while still maintaining our focus on the goal which is ahead of us. Just in case you missed those posts, here are the links: 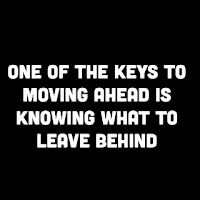 To conclude this series, I'll be sharing an experience I had in my early days as a driver, and the lesson I learned from it (yes, it's a driving story...again). It was just before the LCC Toll Gate on Admiralty Way. I had planned to go on the e-tag lane but somehow found myself driving in the far left lane which happens to be the 'wrongest' lane to be in. I urgently needed to make my way from there to the extreme right. I indicated with my trafficator that I'd like to switch lanes (as I was taught in driving school) but neglected to check behind and around me to see what was happening there (as I was also taught in driving school). To cut the long story short, I almost caused a multiple crash, and once again, felt very stupid. In my defense, it was in my early days as a driver, so please don't judge me. I'm sure it won't happen again.

As I continued my journey, I thought about the incident, trying to figure out what I did wrong. I kept my eyes on the goal (the e-tag lane at the toll gate), I avoided distractions and there were no obstacles in my way. So what went wrong?! After a bit of thinking, I gained some understanding as to why I nearly crashed and subsequently came up with a theory which I'm going to call "Diazno's Theory of Drastic Changes". It reads:

"If you're gonna make a major change, don't be rash. Slow down - stop if necessary - look back, look sideways and be sure you're not going to crash or cause someone else to". 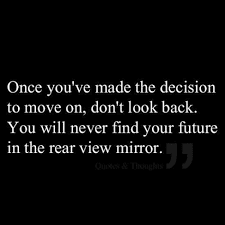 I remind myself of this as much as possible so I don't completely forget. Making changes, drastic ones especially, is a major part of moving forward but these changes must be carefully and purposefully effected with a clear picture of what's behind. Once you make that switch, it may be very difficult and sometimes impossible to reverse it or it's effects on those around you.


"Study the past if you would define the future".

A wise saying from a wise man. If you're in a transition phase, it would be really wise of you to pause and take a very good look at what's behind because once you make that switch you'll need to follow through with a great deal of focus.

Toward a better humanity.

Email ThisBlogThis!Share to TwitterShare to FacebookShare to Pinterest
Labels: Inspirational, Lessons from My Childhood